Regarding the interpretation of the Swedish vocal and orchestral ballads, he [Karl-Magnus] stands in a class by himself. The question is whether there actually exists a Swedish singer today that conveys the Swedish lieder treasure with such feeling and impeccably sonorous and exquisite text interpretation as Karl-Magnus Fredriksson.

The talented Swedish group Jaerv is always attached to its Swedish and Finnish roots, brilliantly composed, to the point that some of these compositions are hardly distinguishable from traditional tunes. It must be said that Jaerv creates arrangements that are both modern and harmonious, with very beautiful passages with several singing voices, an Irish flute and pretty percussions. We go from the simplest ballad to the folk-pop worthy of the great scenes, passing by some jazz improvisations, reveries, polskas, waltzes… This very well-cared for universe is undeniably endearing! 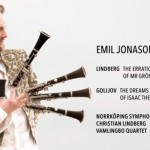 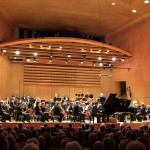