Jenny Wilson‘s album ”TRAUMA” has been nominated for Nordic Album of the Year at the Nordic Music Prize!

Hans has done all the arrangements in close collaboration with Jenny, and it’s also built around Norrköpings Symfoniorkester which he conducts on the album, that was released in April 2019.

The Nordic Music Prize was established in 2010 by the Norwegian festival by:Larm, and the purpose of the prize is to highlight the album as an art form, and to strengthen the collaboration for Nordic music.

Fingers crossed for the award ceremony, that takes place on February 27th in Oslo! 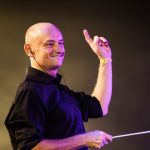 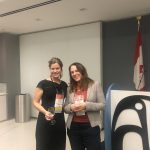 Noomi back from ISPA!