Violinist Sueye Park recently released her second album on BIS; this time with pianist Love Derwinger. Charlotte Gardner from Gramophone listened to it, and was ”taken”, praising Sueye’s superb playing!

Take the Elgar title-piece, which comes without a hint of whimsy, coquettishness or vulnerability but is instead unfussily cloudless, singing and rubato-light. Or the pure, sure tone with which she sails into her programme opener of Sarasate’s Introduction et Tarantelle, before moving into a Tarantella whose consecutive double-stops are weighted to perfection between strings as well as against each other, and where beauty of tone holds true even through its highest-register fast passagework.

…the rounded, ringing sweetness she brings to Variation 2’s sky-high melodic line is stunning”…”the dynamic distinction she gets between Var 4’s left-hand pizzicato melody and its bowed broken-chordal accompaniment. Most of all, though, listen to the coda: double-stopped harmonics delivered with a tonal quality that’s almost more akin to the notes produced by running a wet finger over a crystal glass than to horsehair meeting wound metal, contrasted by the intervening down-bows and runs. It’s strikingly fine. As indeed is Love Derwinger’s fused partnering throughout. In short, I’m properly taken with this one.

Renée Fleming and the NY Philharmonic in Ek arrangements! 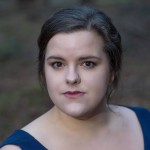