EVA DAHLGREN AND HANS EK AT THE ROYAL SWEDISH OPERA!

In a unique collaboration with conductor Hans Ek and the Royal Opera Orchestra, Eva Dahlgren wants to invite the audience to two unforgettable evenings on May 15th and 16th 2021.

Hans Ek’s arrangements have reached far beyond the rooms for classical music, and he has collaborated with some of Sweden’s biggest artists such as Ane Brun, Veronica Maggio, Salem Al Fakir, Jenny Wilson and Laleh.

With Eva Dahlgren and the Royal Opera Orchestra, we can expect two intimate as well as grand evenings, with a new symphonic twist to many forgotten treasures. »I’ve written so much music that has only been played live a few times. Now I will finally be able to give those odd, but in my opinion the beautiful, songs new light and context” says Dahlgren.

Tickets are not yet released, but read more about the concerts on the Royal Swedish Opera’s website HERE! 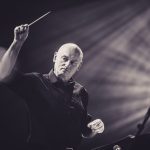 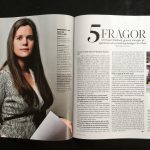