With short notice, Emil will fly to Düsseldorf next week to perform three concertos (December 16, 18 and 19) with Die Düsseldorfer Symphoniker, under the baton of Christian Lindberg. Emil will perform Lindberg’s concerto ”The Erratic Dreams of Mr Grönstedt”, a piece he premiered with the Gothenburg Symphony Orchestra in 2013 and has played many times since, with great reviews!

In Christian Lindberg’s new concerto, Emil Jonason proves that he is the next clarinet star
following Martin Fröst””¦ ”in one moment he is theatrically extroverted and in the next there is poetic sensitivity in pianissimos you did not know existed, a range of expressions that got the Gothenburg audience completely knocked out.

Virtuoso Jonason was outstanding””¦”one of the most memorable solo performances of the season.

Any orchestra with such a soloist should consider themselves blessed: Emil Jonason was the magician who used his instrument as a silver bullet exceeding classical norms, and arousing disbelief: Can the clarinet really be played like this?

Next time Emil performs this concerto will be with Oulu Symphony Orchestra in February, 2017. 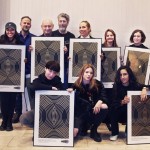