Gothenburg Symphony Orchestra, Magnus Carlson, Moto Boy, Jennie Abrahamson,Â Gothenburg Symphonic Choir and conductor / arranger Hans EkÂ will perform music from Bowie’s Berlin Trilogy, with a natural finale in Where Are We Now from 2013, where he looks back on his time in Berlin.

The music was made with producer Brian Eno in a creative explosion where the Berlin Wall became a symbolic watershed for David Bowie’s creativity, going from punchy pop tunes to symphonically coloured, electronic music. Heroes gave a whole generation a voice.

“Bowie’s Berlin Trilogy is a milestone in contemporary music. It about time that it made its way into the orchestral repertoire, as it’s an enormously influential work of our time”, says Hans Ek.

All three concerts in Gothenburg in October are already sold out, but there are still tickets available to the concert in Berwaldhallen / Stockholm in December (extra concert will be released soon due to popular demand). 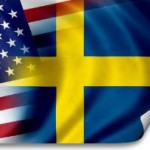 Jaerv’s US Tour is approaching!

Emil Artist in Residence at Lunnevad