First review from ”Under den linden”!

Jaerv’s third studio album – ”Under den linden” was released only days ago on Spotify, and will be officially released during at a concert in Gothenburg on November 6. But the first review has already been published in the folk music magazine ”Spelmannen”! Peter Ahlbom writes:

Jaerv is a fantastic group from western Sweden who constantly develops and broadens its musical base. Their voices are given more space on their latest album, and a choir also joins them in a couple of the tracks. It is neat, cleverly arranged, elegant and lively with a cool version of the ballade Silibrand.

Drop everything at hand and listen to Silibrand at once via this link! 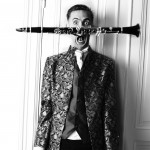